On the trail of Bar-Be-Q

A few years ago my friends and I got far too deep into buying up truly terrible films in vast quantities from discount retailers and local Cash Converters type places. It spiraled out quite quickly - what was 5 films from Riverside Poundland soon became a country-wide operation to systematically drain all of the strangest DVDs from whatever overflow warehouse they’d come from and into a box in my room. I still have them - just over 100 DVDs total, with more actual films once you account for multipacks. A lot of them deserve their own articles,and its a collection that has kept me and many others entertained for quite some time. Not really sure what I’m supposed to do with them later on in my life, mind, the collection has considerable bulk and it’s quite hard to explain.

Today I would like to write about 2001’s Bar-Be-Q, directed, written by and starring John West. As a film it accomplishes pretty much nothing, and toes the line between vanity project and community outreach. I tried (and arguably failed) to highlight the lack of plot in a video, but to summarise - in the first half an hour, the main character “Ray-Ray” is back in town from his big Hollywood acting job, and calls seemingly everybody he has ever met to invite them to a barbeque he’s hosting. The rest of the film is the barbeque. There are some threads of plot, like some crooked card dealers, but nothing really happens to anyone. Then it finishes.

In the description of my video I say that I cannot find anything on the film online. About a week ago, after being locked up due to a global pandemic, a drunken version of myself and a friend set out to see if we could change this.

I should probably say upfront that we do not. We don’t really get any real new information on the film’s distribution to the UK, but it was an interesting enough journey to keep me up until the early hours on a Saturday evening, and leaves us with some weird and interesting questions. 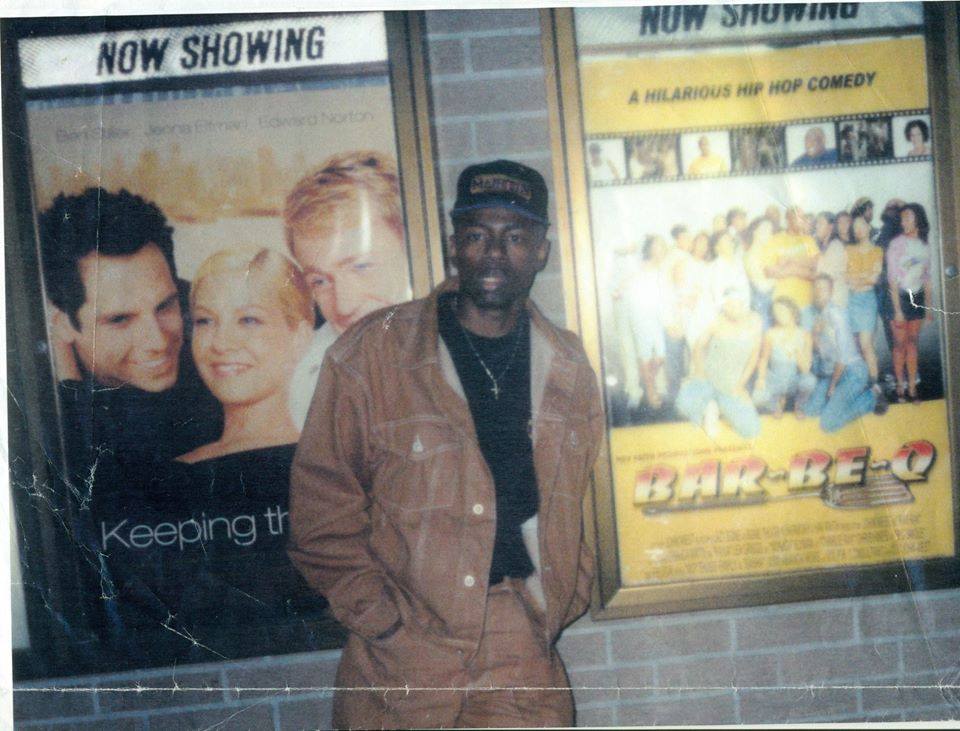 The main star of this film is ultimately not too interesting, and this page gives us everything we could want to know - he used to be a professional football player and is now an actor. As an aside, it seems quite certain that he wrote this page himself - there’s a surprising amount of detail there, the user who edits it is called ‘Johnwest21’, and the frontpage of the Wiki says its for people to write bios on themselves.

West is very proud to declare on his page that the film’s success was his own, without the help of distributors. It’s quite the achievement to be fair, and the Indiana University Bloomington even has a collection relating to the film, including a 35mm print that I’m desperate to watch. This does, however, seem in contradiction with my next question. How did a DVD of this unknown, low-budget comedy end up in the back of a Poundland in Coventry?

Contrary to West’s boasting, my DVD does claim to have an external distributor - FIVE STAR Films. A logo on the disc itself instead says FIVE STAR ENTERTAINMENT weirdly enough. A quick Google search for a company with the name gives us two promising leads: a Companies House page and what could be a website for the company.

Let’s start with the latter - 5 Star Film Co International.com. To anybody reading this, I really need you to give this website a visit. It is pure insanity. There are incoherent GIFs all over the place, random slogans, and embedded slideshows with comically slow transitions. It’s truly baffling. Is this a real company, have they actually done business with all these things? You can seemingly book appointments with them to discuss - something? It doesn’t help that the site content is incredibly dense - each page spirals out into multiple links to other parts of the website, slideshows, dropbox files, and incredibly dodgy iframes, and it’s all in this very odd dialect that makes it hard to parse what’s even being talked about. 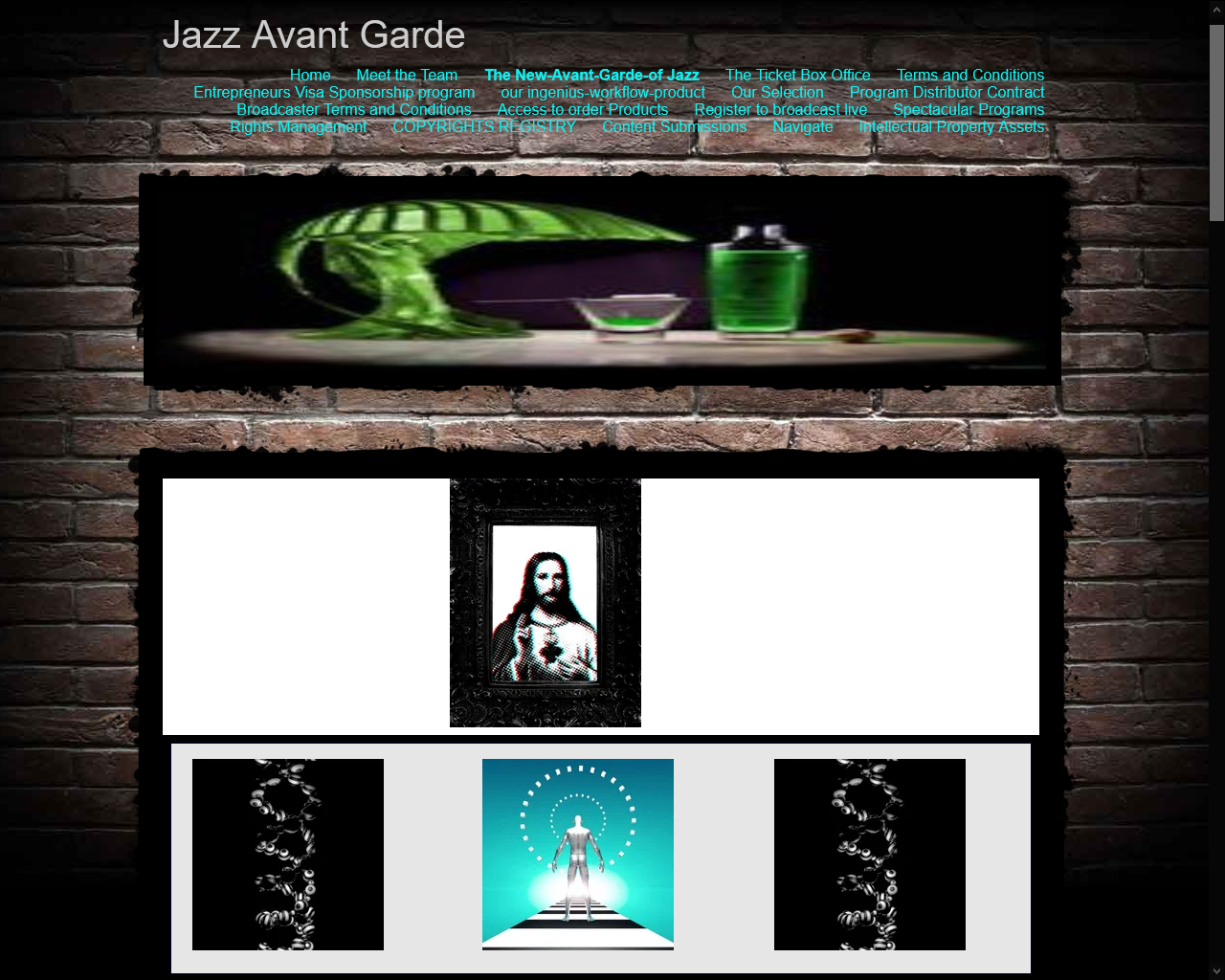 The New-Avant-Guard-of Jazz. The four images at the bottom are all animated.

Perhaps the weirdest part is if you filter through all the babble, they claim to have some real accolades. There’s British television channels and even shows that are recognisable, and the “Meet the team” page lists multiple actual people and actual awards they’ve won in the not-too-distant past. Is this a real company with actual distribution power? Then again, the bottom of this page also has an iframe to a page that can’t even be found, so I’d say it’s fine to not believe them.

My co-investigator thought he’d found a link between this madness and a real person, through this Prezi (remember Prezi?) and this video linked within it. The video is by Stevie Ricks, an impressionist-comedian with a staggering upload rate. While things seem a little odd here, having sobered up I’m honestly less convinced he has anything to do with 5 Star Co Films - he at least seems capable of presenting information coherently for one. At the same time though, if he doesn’t have any association, why is his video in the Prezi? Did someone just throw it up to spice up their presentation? Maybe they helped with this one video?

It is at this point that I must unfortunately close the lid on this side of the story. You may have noticed that all the documents on the website (such as the Prezi) refer to the organisation as “One World Television”, not Five Star Films. I do not think these two are really related at all, aside from a conveniently close URL. Still, this website is so amazingly weird that I couldn’t not mention it.

This does beg the question though, who are Five Star Films? The reason we even looked into the madness above was because it was one of the first Google results, and looking around you quickly see that any other information pertaining to Five Star Films is solely from Companies House, or websites that are just mirroring that same information. I’m referring to this Companies House entry, number 00632277. It looks like they’re still going - they’re still filing information - but aside from that the information is pretty sparse. As said, there is no form of company homepage, in fact I can’t seem to find any way to contact them at all. They have an address in the middle of London, right near St Paul’s Cathedral. That can’t be cheap.

The story gets more muddled when we look at other companies the director - David Howard Maylon - is involved in. There are tons of film production companies (including, quite entertainingly, Four Star Films Ltd, perhaps for films even worse than Bar-Be-Q). All of them operate out of the same address with the same director, and like Five Star all of them return basically nothing on a Google search. At best, some of them hit on individual, unknown films from the 1960s.

With no websites or contacts for any of these companies it becomes a bit hard to think where to go next. In a moment of desperation, I tried to see if I could find Maylon on LinkedIn. Sure enough there was an entry, but it didn’t list any of the film companies. Instead, we find Pawley & Maylon, a real business (in the sense it has a homepage and appears to actually do something) of chartered accountants. And where are they based? 14 Austin Friars London, EC2N 2HE - the same address as all our film companies. I’ll let the shock sink in for a moment. Unsurprisingly, Hawley & Maylon the accountants don’t mention film distribution anywhere on their page. The Companies House links here are a bit weird too. Despite having the same address and a David Maylon at the helm of both, the two companies aren’t linked in any way on the site. Clicking on Maylon from the accountants side shows no other appointments with no connection to the many film distributors. That said, if you look at the filing history for any of the film companies, you see their accountants are Pawley and Maylon. I guess its quite a convenient relationship having them in the same building.

At this point it was 2am and with a mixture of tiredness and alcohol setting in we started to get some pretty wild ideas that’d probably be slanderous to suggest with any kind of seriousness. It was time for bed.

Unfortunately, this really is then the end of the trail. While it’s definitely a bit weird that this one man is seemingly a successful chartered accountancy firm and a myriad of less successful film distributors, I guess it’s not out of the realms of possibility. Maybe One World Television (or is 5 Star Film Co International?) really are out there successfully distributing TV shows and just have an odd way of showing it too. I will have to assume our hero John West talked to someone who worked at a Five Star Films - maybe Mr Maylor himself - or maybe the two are distantly far removed from one another.

As for how the DVD ended up in my (at the time) local Poundland - I since found out that it looks like pretty much all of the Poundland CD and DVD stock is preowned, including coming from places like MusicMagpie (where consumers send their old discs for cash), effectively just making them a CeX-type trade in places but with extra steps. The disc could have come from literally anywhere.