In EtherealBoy, the player is given a GameBoy ROM game.gb.

Many older games consoles use the concept of a tileset, a set of nxn pixels tiles, which larger images for the background and sprites are constructed from. Famously, the hedges and clouds in Super Mario Bros. on the NES use the same tiles. 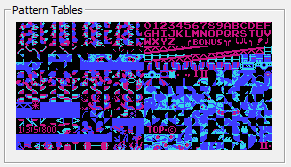 The tileset for the NES version of Donkey Kong

Many games require a font to construct text from, and thus dedicate some tiles to a full alphabet and numbers. These are logically laid out in an order you’d expect, A-Z, 0-9. When we inspect the tileset of the provided ROM (this can be done using an emulator such as bgb), however, we instead see the characters laid out to reveal the flag flag{und3r_th3_hood}. 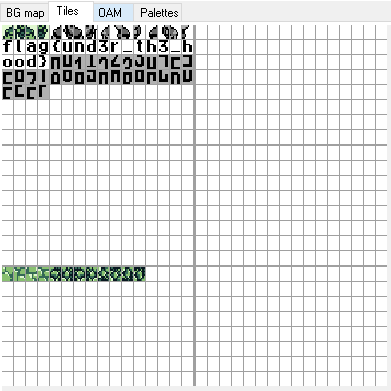 The tileset for the provided game.gb