Today August 16 marks the 29th anniversary of the Debian project. Congratulations to all of the involved!

It's interesting to see that Debian is almost as old as the Linux kernel itself. I already knew it was one of the oldest distributions still around (perhaps Slackware is older, I guess?), but I didn't realize it was that close to the kernel.

Debian has and always will have a special place in my heart because even though it wasn't my first Linux distro, it was my first "big-boy" distro that I switched to when I finally mustered enough courage to hop away from the Ubuntu safety net - way back when Jessie (8) was released. And since then, I learned quite a lot.

Though no longer my main, daily-driver OS, I still use Debian to this day in some of my machines that I liberated and, more recently, in my Raspbery Pi desktop (where i think it's hands down the #1 OS for that platform). Hence, I'm very thankful for the community for keeping this distro still running to this day.

So, before the day closes with me forgetting it: Happy Birthday, Debian!

Irresponsibility with data that you shouldn't even have in first place

Another day, another data breach: personal information for 5.4 million Twitter accounts exposed and offered for sale at hacker forums.

This is a read that only gets better as it goes. The quoted comment in the article nails it in the head: Twitter requests information not necessary for operations from users (like a phone number) and then mishandles it carefree. And then that information - unnecessary but highly personal and potentially correlating - surfaces elsewhere to bite back at users while Twitter plays the clueless "what could I have done" card.

Schneier himself has stated previously that "data is a toxic asset, so why not throw it out?" which is the plainest truth around, and yet it takes more and more cases like this to make the world see what's really abuse by a corporation.

I personally don't have skin in this case for I have never used Twitter, but opted for free software and distributed networks instead. For the millions of other (sometimes anonymous or pseudonymous) users, however, Twitter's solace is embarassingly canned (emphasis mine):

If you operate a pseudonymous Twitter account, we understand the risks an incident like this can introduce and deeply regret that this happened. To keep your identity as veiled as possible, we recommend not adding a publicly known phone number or email address to your Twitter account.

In case Artix doesn't recognize your wired connection after suspending

Lately all my posts here seem to be a note to self or something, but since I don't have a better way to jot it down, here it goes again.

After getting gigabit ethernet installed and wired in my place, I was all cavorting about the speeds, even if only through the LAN port of the router. Everything was going great until I suspended the machine for the night and found out the morning after that the connection was dead. I was surprised to find out that the eth0 interface was in a very curious state. connman read it as "connection failure," but upon closer inspection, it apparently had everything one would need to connect to the internet: a link, a local IP address, and even assigned DNS servers.

Even weirder was the fact that the browser was not completely offline: I could still browse searx, Wikipedia and a handful other sites, including the Arch Forums - which proved very handy. After reading a few posts stating it was about drivers of some kernel module I have never even heard of, I decided to go a little bit raw and deal with the devices themselves. Because ip link showed me that there was a connection available, I thought that it could be a problem with DNS. And indeed it was. I backed up my resolv.conf file, removed it, then let dhclient as root work its magic. After it was done, I had full connectivity again.

Funnily enough, connman still reports the connection as a failure, but since everything is working, I'm gonna take it as a false alarm this time ;) 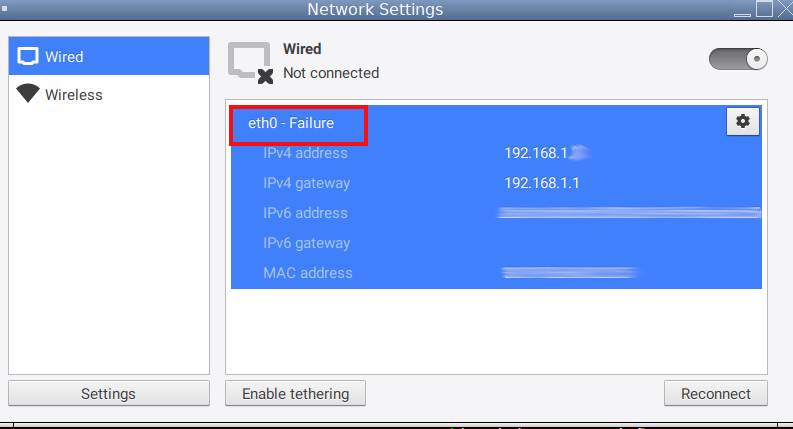 The joys of working with Linux. The things you have to fix are often the ones you broke in first place!

Welcome to my part of Town!

I'm Klaus Zimmermann, the friendly hacker formerly very active on Quitter.se and GNUSocial in general. Although my social time has been diminishing quite a lot recently, I've discovered a new home (and an entire new world!) here in Tilde Town.

I'll share some of my thoughts, Linux and Infosec tutorials and other stuff here. Be sure to check back! I develop some scripts for fun and write python as a hobby, which I plan to share here as well. You can also look under /home/kzimmermann/ via ssh for more information.

Also, see my Random collection of thoughts. It's like a microblog, a twitter feed or something minus the tracking and bloat!

Elsewhere on the web

I used to have a Quitter.se account where I was quite active until about 2018 when it went under. I had alternative accounts named kzimmermann2 but kind of gave up when quitter went under.

I still have a Diaspora account where you can find a trove of my old posts, and currently I'm trying to revive the hacker social media spirit in my account in Mastodon (changed on October 8th 2020), though I'm still a little slow to get posting there again. Who knows, I might get back to it now that Tilde Town revived that spirit in me!

I hold a figurative account at Github, though my real software projects remain in the community-oriented Notabug.org. I feel I should mirror them back into Github for safety some time.

The best way to contact me is through my town email address. You can easily find me once you sign up for an account. There you can also request my PGP key so we can exchange internet-wide email or IM. DM me in mastodon as well, I'm always watching those.

In the meantime, check out some articles I wrote!